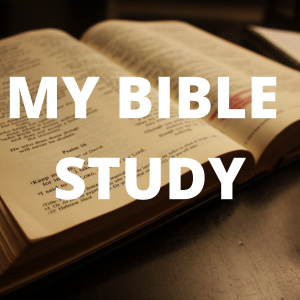 Genesis 3 is one of the most important chapters in the Bible. It describes the fall of mankind. Without it, we can’t even begin to understand the darkness that blankets the earth. With it, we can catch a glimpse of the light, which shines in the darkness. Have you seen the light?

God’s creation was originally “very good” (Genesis 1:3). He created man and woman in His image and gave them dominion over the physical world — all creatures were subject to them. Then one creature, “the serpent,” beguiled the woman with a trick question: Has God indeed said, “You shall not eat of every tree of the garden”?

Eve conceded that God had prohibited eating from the Tree of the Knowledge of Good and Evil. We do not know if God directly stated His prohibition to Eve or if Adam passed it along to her. Regardless, she distorted God’s Word. First, she added a prohibition that they were not even to touch the forbidden tree; second, she subtracted from the penalty (“you will die” in Genesis 3:3 is less forceful in Hebrew than God’s statement in Genesis 2:17 that “you shall surely die”).

The serpent’s response was to flatly deny God’s Word, quoting God’s statement verbatim (in Genesis 2:17 in the Hebrew text) and then negating it—which exposes the intent of the serpent’s initial question (in Genesis 3:17). His question was a ploy rather than mere curiosity.

Then the serpent offered an alternative interpretation of God’s motives. If they would partake, he claimed, then they would possess God-like ethical awareness. The serpent implied first that God is less than He is and that man is more than he is. (In other words, he implied that God felt threatened by the wonderful beings that they would become, so He restricted their full humanity.) The serpent was calling into question God’s character and trustworthiness.

Although Adam and Eve had depended on God to explain reality for them, the serpent suggested that they could now become autonomous and decide what is true for themselves. In other words, the serpent reduced God’s Word to the level of a mere viewpoint, while man became the measure of what is “true for me.”

Eve’s decision was deliberate, not impulsive. When the text says Eve “saw” the fruit, the same verbal form is used to describe Rachel and Leah when they “saw” that they bore no children. Those women deliberately weighed their circumstances and then took action (you can read this in Genesis 20:1 and 9).

What Eve saw was appealing at the sensory level (“good for food”), the aesthetic level (“delight to the eyes”), and the cognitive level (“to make one wise”) made her desire the fruit even more. To her, self-determination was more desirable than continued trust in and obedience to God.

Adam may have been present(and probably was) for at least part of this interview. The point being, he chose to disobey God’s Word. He knew exactly what God had said and was entirely culpable. Both the Hebrew term “with her” (in verse 6) and the subsequent judgment (verse 17) suggest that, at the point of his sin, Adam compromised both his headship over his wife and his dominion over the serpent.

The immediate result of their sin was far different from their fantasy. They realized what they had don. They now sensed shame for the first time and this caused them to cover themselves. They would not know the full consequences of their choice, however, until they heard from their Creator, whose Word they had defied.

Next time, we will continue with this discussion in Genesis 3 verse 8.

If you would like to listen to the audio teachings on this topic, please visit our website at www.mybiblestudy.life

Please subscribe to this teaching series so you will be notified when we publish a new post as we walk “verse by verse” through the Bible!