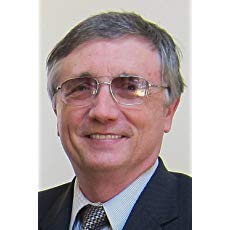 You’ve heard me talking about how the liberal left of our society is destroying this nation from within. Numerous modern day men of God have discussed the Spiritual repercussions of the immoral laws being pushed on Americans today.

We see that happening in America right now.

It is not just happening in the churches of America. It is happening in the very foundation that our Founding Fathers established to keep this nation free. The  “Checks and Balances” that formed our Republic have been destroyed, right before our very eyes. And it seems nobody notices or even cares.

My guest today has released a book that details this spiritual battle being played out in front of our eyes on the daily news. And it is being accomplished by the evil powers that be in Washington, DC.  It is happening with the full cooperation of what was once considered the “watch dogs” over Washington politics – the media.

Richard Ferguson’s book is titled, “Christians Alert! Democrats Are Attacking Our Country. What Can We Do About It?”  This book details the radical left Democrat Party and and how they are banning together with the liberal media to attack and destroy the very fabric, the foundations or our beloved Republic.

Richard Ferguson started life in rough neighborhoods and a very rough childhood. But his first of many Godly experiences occurred over 30 years ago while flying over the Pacific Ocean. Ever since then, he has been on a spiritual journey seeking God’s Truth of creation. As a result, he took on studies which resulted in academic degrees in chemistry, physics, philosophy and Master’s Degrees in business, theology and pastoral ministry. Additionally, he has a scientific background and also worked with NASA in their planetary branch studying extraterrestrial phenomena.

In your book, you make the claim (and I think we have laid our case out here as well) that the Democrat Party is conducting an attack from WITHIN our nation and our Federal institutions. You refer to this a being from a “play book” written by Saul Alinsky in the 1960’s called “Rules for Radicals.” Could you explain that, please?

Let’s talk now about how the Democrats are violating ALL of the Constitutional provisions of Due Process in their “unofficial” official impeachment inquiry.

“The Constitution Project” wrote an article dated October 11, 2019, that discussed what the roles of each party basically are. The Executive Branch, the House, the Senate and the Supreme Court.  The article basically says the House already has the “rules and rights” to do what they are doing right now. And the Supreme Court has ruled in past cases (dealing with Judges and Members of Congress), that it is the prerogative of the House to act in a way, basically of a Grand Jury.

It is only at the TRIAL that all of the due process laws are put into effect.

In the case of impeachment, the House acts in the role of the prosecutor. The Senate acts as a jury and the Chief Justice of the Supreme Court is the judge.

So, with all of that being said, Do you think this is going to go into a full blown impeachment trial of Donald Trump?

Some people believe that the impeachment trail would be “dead on arrival” in the Senate. Mitch McConnell has stated that he would probably hold a 5-6 week long trial if it gets that far. I’ve heard arguments for both sides. My personal opinion is the trial would be good because the evidence would finally be made public.  The President would be allowed to call ANY witness in and ask ANY questions.

Maybe we could finally get Hillary, Comey, McCabe and others, maybe even Obama, to testify, publically and under oath about their roles in all of this. They could be asked questions about “When they knew” about certain things. “What roles they played,” and things like that.

Maybe, for the first time, the truth would come out publically and not be hidden behind closed doors and endless investigations by various officials in the Justice Department, State Department, IRS, etc.  Do you think a 5-6 week long trial would be good for the country if it were to go to Impeachment in the Senate?

Richard, I know this was a long interview, but I think you book and the climate we are in today needed this type of discussion. I thank you for taking the time out of your busy schedule to visit with us today on this important matter.

You also have a couple of other books coming out soon. Would give us some information on those books?

I’m looking forward to talking with you again when those books are released. I think they will be needful in a time such as this!

How can someone get a copy of your book, “Christians Alert?” Is it available in book stores or only online?

If someone wanted to get in touch with you, maybe to ask a question or even to do an interview such as this, you want them to go through your publisher, correct?

I will put links to all of this in the show notes below.

Richard, I want to say again, thank you for coming on the program today.

Folks, that is all the time we have for today. I want to encourage you to get a copy of Richard Ferguson’s book, “Christians Alert: The Democrats are Attacking Our Country!”  This is an informative book and it is needful in this day and hour in which we find ourselves. This book will shed no light on the situation and explain things in a way that will give you greater understanding. The topics we discussed today on this program are just touching on the depth of the discussion Richard Ferguson has put in this book.

With Christmas just around the corner (at the time of this recording), I want to encourage you to get two or three copies of his book. This book will make a great Christmas gift for someone you know. So just click the link below and it will take you directly to Amazon and you can order one, two, three or more books! Amen! 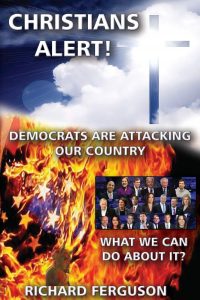