Dreams and Visions in the Last Days 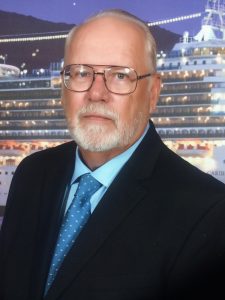 Is the United States at the precipice of destruction? We’ve all heard the stories about the Roman Empire. How they rose to greatness and then fell, over time, until they were no more. We’ve heard the comparisons that the United States has been following the same patterns and how some say “history is repeating itself.” Is all of that true?

Our friend, Tom Donnan, is back today. Tom always brings timely perspective to current events we see in the news. This is part two of a great three part interview with Tom. If you missed the prior episode, go back and catch up! There was a lot of great information Tom shared that I don’t have the time to replay today. Amen!

The progression of events is getting darker and darker. Things we talked about a year and a half or two years ago – have either happened or are in the process of happening. Could it be the things we talked about recently and will talk about today will come to pass in the near future?

January 2011 – a dream where Tom is standing guard on the Southern Border and sees “Coyotes” running across the border in an invasion. Are we seeing this happening right before our eyes right now?

January 2011 – numerous “lions and bears” are stationed around America, waiting to be released to start attacking Christians…

July 2018 – the loudest sound to date. A violent explosion high in the sky coming from the SE moving NW – then returns again from the NW. Could this be a nuclear explosion, with the outflow followed immediately by the return of rushing air back to the origin?

Folks, everything we’ve been sharing, not just today, but for the last couple of years, IS COMING TO PASS right before our eyes. This just confirms that the soon return of Jesus is closer than ever. I have talked to some people who do not believe the next election will even take place in this country. Will all of this happen BEFORE Jesus comes back? Or is His return even closer than the next election? WE don’t know. But if you are not prepared for it – you will miss out on it. And then the real problems begin.

Pastor and the Presence of God

One Door Between Us