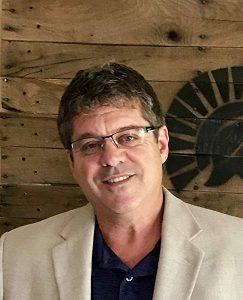 We are going to continue our discussion today about a very serious topic that is taking place in America. It is sign of the deteriorating Spiritual condition of this nation that is reflecting itself in the changing value, morals and even the foundation upon which this nation was built by our Founding Fathers.

Recently, there have a been a couple of horrific attacks in the news that has fanned the flames of the anti-second amendment crowd as well as socialist presidential candidates and politicians.

This is causing such serious divisions in this land that has not been seen since the Civil War times of the 1860’s.

This is even more important to look at the Constitution as our final authority in ANY proposed changes to our rights as originally intended. Especially where the 2ndAmendment is concerned. That is the ONLY thing that protects us from being controlled by tyrants, such as we see in other nations. The ability for the people to rise up against an armed militia that is overstepping the authority this government has been given by the people. A government that, as Abraham Lincoln stated, is “of the people, by the people and for the people.”

Today’s guest is Mark Walters.  Mark Walters is a national board member of the Citizens Committee for the Right to Keep and Bear Arms and the broadcast media spokesman for the Second Amendment Foundation.

Mark has appeared on national and international television as well as national, international and local radio programs as a guest on gun-related stories and is a guest speaker on the topic around the nation. Mark is a husband and father of two children and resides in Georgia with his family – and he is here with us today on our podcast!

Help me welcome to the program, Mark Walters! Mark, thank you for taking the time to join us today!

Ok, the first question I always ask our guests is this. Other than that short bio I just read, tell us in your own words, “Who is Mark Walters?”

Now, I know some listeners are unable to stay for the entire interview. This topic is so important, I want to get this out there up front rather than wait until the end. Can you give us your contact information so if anyone does have to step away before the end of the interview, they can already have that information?

Mark, let’s start with the El Paso shootings. Tragic, horrific and absolutely terrible. But why are we seeing this politicized and flaming the flames for doing away with the 2ndAmendment – again?

This was designated as a “gun free zone!” Why would a criminal carry a weapon into a gun free zone? Don’t they realize that we, as a society, think everyone should honor that???”  What’s wrong with criminals? Why won’t they obey the law? The politicians obviously think they should? (I ask this rhetorically, of course).

What about the shooting in Dayton, Ohio?  That was a person that had mental problems. Why would he not obey the “law” that he was not supposed to have a gun?  As a former cop, I appreciate the quick response those officers did. 30 seconds and they were taking down the suspect.

What about body armor?   Should civilians be authorized to buy and wear body armor?

Politicians are trying to outlaw the AR-15 and claim it is a military rifle and should not be available publically. What are your thoughts on that?

In Great Britain and elsewhere, they have very, very strict laws on gun control. So they see people being stabbed, run over with trucks, bombings…it’s NOT the guns that kill people. It is the evil in the person!

Why do you think so many shooters are from the younger generation?

Has our culture changed so much that this is now the “new normal?”

Now, there are some politicians that want to take away our liberty and our rights if THEY THINK we are wrong. And that “wrong” means – we don’t “think like they do.” The politicians who advocate this “thought police” would probably say you, I and other pro 2ndAmendment advocates would be “mentally unstable” and thus be given the RIGHT to take away our guns. Simply because we do not believe like they do!

Your organization has started a campaign to put an end to those gun free zones? How is that being received?

I’ll put links to all of this in the show notes below.

Folks, our rights as a freedom loving nation are under attack. They are under attack by those who want us to become a socialist nation. We are being told to “let the government protect us” because “they know what is best for us.” Insinuating we are to stupid and ignorant to know how to protect ourselves. This is the same thinking we fought the Revolutionary War about. We need to support organizations like Mark Edwards in order to protect the future of our nation.

I urge you to contact Mark and see how you can become involved in protecting the future of this our country.

That is all the time we have for today. For Mark Walters and myself, this is Bob Thibodeau reminding you to BE BLESSED IN ALL THAT YOU DO!