The Iron Triangle Behind the Protests  Vince Everett Ellison pt 1 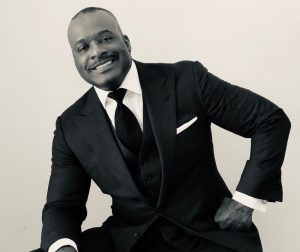 We have all been watching the past several weeks of protests, riots, occupations and other lawless acts being committed, with almost no effort by government officials in the affected cities to stop it. We know the reason behind these movements, and yes, I agree that what the officer in Minneapolis did was 100% wrong. He is going to face a trial over that.

But that is no excuse for destroying private citizens property. Or taking the lives of other innocent people. Or defying all law and order in other various ways. That is a sign of anarchy loosed in America.

The thing I have noticed is this: Almost NO pastors or ministers of the Gospel are speaking out on the national news condemning these actions. Why?

My guest today is going to answer that question and many others that I have that go along those lines, such as “Why would Christian African-American forsake their children, their spouse and their communities, including their Faith in God and support the anti-God Democrat party?

Well, let me tell you a little bit about our guest. Vince Ellison is someone who has lived the tough life and achieved great things. He was born on a cotton plantation in Haywood County, Tennessee to parents who, at the time of his birth, were sharecroppers!  His father, through perseverance and Faith in Christ, succeed and prospered in the insurance industry. Praise God!  I sold insurance for almost 7 years after leaving the Army. It’s not easy!

Vince became part of the Ellison Family gospel singing group when he was in grade school. The group continued to perform even through his college years at Memphis State University. He gained broad exposure in the Black Church and gospel music community during this time as well. Through his experiences in gospel music, Vince gained an intimate knowledge of the inner workings – and the failings – of many Black Ministers within the Black Church.

He gained a real world perspective on things when he became a Correctional Officer at a maximum security prison in South Carolina. He also has worked in the non-profit area with many African American civic organizations, but experienced the underworld of politics in the 2000 election cycle when he became the Republican nominee for the 6thCongressional District in South Carolina.

He is the author of the best-selling book, “The Iron Triangle: Inside the Liberal Democrat Plan to Use Race to Divide Christians and America in their Quest for Power and How We Can Defeat them.”  Folks, you need to get this book! I’m telling you – it is awesome!

Help me welcome to the program Vince Everett Ellison!  Vince, thank you for taking the time to join us today!

I always start with this question first. Other than that brief information I just shared, can you tell us in your own words, “Who is Vince Ellision?”

I want to jump right into this book, first of all. When you wrote this book, although the content would have probably caused a few eye brows to be raised, talk about timing! Who’d thought it would so relevant for “such a time as this?”  I mean, you basically called this game plan we are seeing played out right now, right?

Let me ask you this, I could list probably a hundred questions, but I’ll start with this one. I hinted at in the intro. Why does the African American Christian community continue to support the anti-Christian, pro-abortion, and everything else anti-Christian and anti-American, Democrat Party?

Black Lives Matter, has boldly spoken out about its support for pro-abortion rights and gay rights and everything else that anti-Christian in nature. Yet, IT is supported by almost every single African American Church! What would make these pastors forsake God like that?

Joe Biden says the murder of George Floyd is even bigger than that of MLK!  Did he just say that for political points or is there something else behind it?

Tell me about the “Iron Triangle.” In your book, you call it an “unholy trifecta.” Explain that to our listeners.

Folks, this book, “The Iron Triangle” is a must read. It was inspired by God in the heart of Vince Ellison well before this pandemic and then these riots and protests took hold. God knew it would be needed in “such a time as this.” You need to get a copy, in fact, you need to get two or three copies and pass them out. This book is going to explain everything. Everything about what is going on right now. You can see it on the news. And you will know the facts of what is stoking the fire. 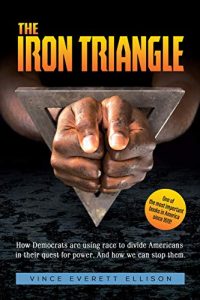 Book:  “The Iron Triangle” – on Amazon