If you have been following the news of the last couple of days, you have probably heard that Israeli Prime Minister Netanyahu is going to facing a second election 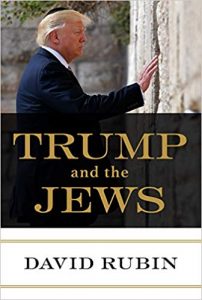 to keep his job. This is the second time in one year!  Something that has never happened before.

To talk about the implications of what is taking place in Israel right now, as we speak, I have a very special guest for you today.

On the line with us, right now, is the former mayor of Shiloh, Israel itself, Mayor David Rubin.

David Rubin is a former mayor of Shiloh, Israel – in the region of Samaria, which together with Judea, is known to much of the world as the West Bank. He is founder and president of Shiloh Israel Children’s Fund (SICF) – dedicated to healing the trauma of child victims of terrorist attacks, as well as rebuilding the biblical heartland of Israel through the children.

The Shiloh Israel Children’s Fund was established after Mayor Rubin and his three-year-old son were wounded in a vicious terrorist attack while driving home from Jerusalem. Rubin vowed to retaliate – not with hatred, nor with anger, but with compassion – to create positive change for Israel and its children.

Mayor Rubin has become an unofficial spokesman for Israel and the biblical heartland of Israel, with his books that speak the truth about what’s really happening in Israel and the Middle East. He also has written extensively about the Israel US relationship, and the very real threat of Jihadist Islam to Judeo-Christian civilization. These books have included The Islamic Tsunami: Israel and America in the Age of Obama and Peace For Peace.

David Rubin’s latest book, Trump and the Jews, was released in October 2018. Trump and the Jews explains the complicated nature of the small, but highly influential, American Jewish community, its natural, yet uneasy relationship with the State of Israel, and the role of religious Jews (as well as Christians) in passionate support of President Trump, and of Israel.

David Rubin appears as a frequent commentator on Fox News, Newsmax TV, and many other television and radio shows, while his articles have appeared in the Jerusalem Post, Israel National News, and numerous other publications.

He is a featured speaker throughout North America and elsewhere, and is known as the “Trusted Voice of Israel”. Born and raised in Brooklyn, he now resides in Israel with his wife and children on a hilltop overlooking the site of Ancient Shiloh, the hallowed ground where the Tabernacle of Israel stood for 369 years – way back in the days of Joshua, Hannah, and Samuel the Prophet.

Mr. Mayor, now that elections have been called, is there a “silver lining” in this situation that will benefit Mr. Netanyahu and Israel?

I want to briefly talk about the difference between the Obama administration and the Trump administration concerning Israel. In the circles I run in, here in the states, to us it seems like night and day. I keep coming back to the scripture of Genesis 12:3, where God tells Abraham, “I will bless those that bless you and curse those that curse you and that through you, all the nations of the world will be blessed.” God was not only referring to Abraham as an individual, but, since he is the father of the Jew’s, it was also to his descendants after him.

In your book, “Trump and the Jews” – you have a chapter completely dedicated to how President Obama and his administration were openly, blatantly anti-Jewish and pro-Muslim in their policy objectives. He even tried to interfere in national elections in Israel. But yet, Democrats continue to receive the overall support from the Jewish voters in the United States. Why do you think that is?

You have a chapter at the end of your book titled, “Eleven Suggestions for Trump (From the Jews). Since we are running out of time, I have a couple of questions for you on this topic and I’ll just put them out there and let you answer.  First, can you go over some of those suggestions; two – has Trump instituted any of those suggestions and three – which one or two should he focus on in order to, not only help the Jews, but help garner more votes in the 2020 election from among the Jewish voting block?

And your book, “Trump and the Jew’s” is available on Amazon, correct?  I will put a link to that in the show notes.

Mr. Mayor, I want to thank you again for taking the time out of your busy schedule to visit with us today. If someone wanted to reach out to you, ask a question or support your organization, “Shiloh Israel Children’s Fund,” how can they do that? How can they get in touch with you?

Folks, there you have it – straight from the nation of Israel with former mayor of Shiloh, Israel, Mayor David Rubin.

I highly encourage you to go to Amazon and order a copy of David Rubin’s book, “Trump and the Jew’s.” You will be blessed! And it will open your eyes to the TRUTH of what is happening behind the scenes that the news does not cover. And you need to go to the website for David Rubin’s organization, The Shiloh Israel Children’s Fund and help out. It will be a blessing to them, the future of Israel and because of the promises of God, will bless you as well.

Mr. Mayor, thank you again for joining us today. I hope to have you back on again in the future!

For Mayor David Rubin and myself, this is Bob Thibodeau reminding you to BE BLESSED IN ALL THAT YOU DO!

Book:  “Trump and the Jew’s”on Amazon