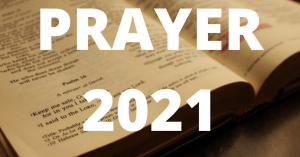 “Hezekiah turned his face to the wall and prayed to the Lord,”

Changing the Nation Through Prayer pt 3

Yesterday, we talked about how the prayers of righteous people can change a nation. And then we’re going to be continuing down this path today as well. We discussed how Isaiah under the inspiration of the holy spirit went to the King’s palace to just to, to walk in and say, I want to see the king. And he just didn’t do that. Okay. It’s you’re, you’re just not supposed to do.

That, but yet he did. And how he told us how he told Hezekiah, “God says, get your affairs in order because you are going to die.” And he turned around and walked out and Hezekiah prayed. And it wasn’t some little cutesy prayer like, “Oh Lord, just bless me and bless my family and bless this palace. And bless the servants.”

He prayed and he truly repented of his sins!

So God stopped Isaiah before he could leave the palace grounds and told him “I’ve heard Hezekiah’s prayer. Go back and tell him I’ve heard him. And I will grant his request and I will extend his life for 15 more years.”

Folks, our prayers go to the Throne Room of Heaven. Our prayers are presented as a prayer of petition before the creator of the universe.

Do you think if you had the authority walk into the President’s Office, on any given day, if you just showed up whenever you needed to talk to him, and you say, “Sir, I want to present this petition to you.” Do you think he’d look it over?

And he had already promised you before, he had given his word, that if you ever come into his office and give him a written prayer of petition that he could take actionable work on, He would grant you whatever you wanted? As long as it was legal, as long as it lined up with the constitution, do you think for even one second, you could walk in like that and then he would just wad it up and throw it away?

Folks Hezekiah was definitely a king that was Ordained by God. He may not have been perfect and all that, but he was still a Jewish person who obeyed the Jewish customs who believed in the Jewish God.

He understood who Isaiah was. Isaiah was a prophet of the most high God. And when Isaiah just showed up and said, “Get your affairs in order, thus saith, the Lord, you are not coming down off that bed,” He believed him!

And he prayed and he repented of his sins.

And God heard him.

And God still could use him, now that he had his attention!

Folks, you just do not understand the power and the authority you have in the Kingdom of God!

Demons tremble, or they should be, when you walk by! Demons, have no authority over you, unless you give them that authority.

When you come on the scene to assist a brother or sister in the Lord, and you put yourself in agreement with their prayer and you start speaking the word of God, you begin to resist the devil and he will what? Flee!

The angels believe and the devils believe, but it doesn’t do them any good.

You are the only one that has the authority to change things in this nation, without firing a single shot.

You are the only one that has the authority to pray to the creator of the universe that He would intercede in the affairs of this nation.

You’re the only one that has the authority to pray for like that. The only person is you, as a collective body of Christian believers.

The problem with what’s going on in this nation right now is because believers like you and me have failed to do their job. If this was the military, every one of us would have been court-martialed by the most high God for dereliction of duty. That’s how serious this is.

Now. I’m going to pray with you right now that you would get a Christian backbone in you, that you would stand up and take your rightful place of guard duty and stand guard over the affairs of this nation and the world. If a demon tries to come into your area of responsibility, just like you teach privates in basic training, call out “Sergeant of the guard posts number three” or wherever you’re at. You’re calling for help from the most high Himself. And then you resist that demon. You resist that devil that’s intruding into the air area.

You take authority, you’d put him under fire and then allow the angels of God, the backup to come in and make sure that he leaves praise, God!