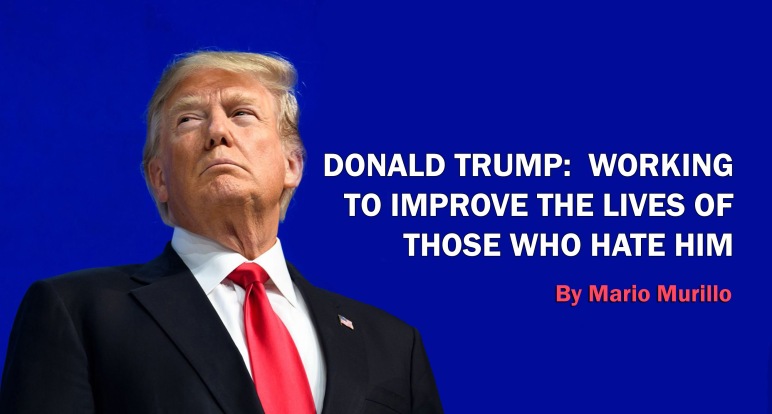 It IS the work of the devil. His people are working overtime to attack anyone who even tries to do what is right. The new “far left progressive socialists” want to stop anyone that does not think along their warped, demented way of thinking. They will work to destroy the lives, reputation and fortunes of anyone who believes in what the Bible says is moral and right.

Does that mean Donald Trump is the “messiah?” No. Not even close.

What it does mean, is he is a lot closer to God than just about ANY Democrat is!

How can any pastor, preacher, minister or CHRISTIAN support immoral policies that want to destroy innocent babies in the womb, but not invoke the death penalty on those who kill innocent lives? How can anyone who calls themselves a “Christian,” support and promote the immoral lifestyles of everything the Bible says is an “abomination to God?”

There is only one answer to those questions. The “Devil is in the details.”

President Trump may not be the “poster boy of Christianity.” He has his flaws. He has lived a life that was not a sparkling choir boy presentation of “living for Christ.”  But, neither was I. And I would venture to say, neither were you!

Where you a “sinner?” I was (and still am in some areas).

Were you “good at sinning?”  I was. In fact, I would have been considered an “expert.”

Did I change? YES!

Did Donald Trump change?  It is evident that he did!

Have the Democrats who have worked for the last 30 years or so changed?  Yup. They slid farther and farther into the devil’s camp.

Some of the Democrats may “say” they are “born again, Christians.” But what do their actions represent? What policies do they promote? Whose voices do they continually move to shut down?

That tells you all you need to know about “whose side are they on.”

The question remains: “Why does Donald Trump put up with all of this?”

As Mario Murillo points out in this article (shared in its entirety), he is fulfilling God’s mandate for his life.

Donald Trump does not need the money (he has enough).

Donald Trump does not need the fame (he is famous enough).

Donald Trump does not need the headaches (he’s had enough of them, too).

So, why does he do this?

Because he is fulfilling God’s call on his life. He is filling in where NO OTHER POLITICIAN would dare to go!

He is God’s “last call” for America.

Deuteronomy 30:19 clearly tells us, “This day I call the heavens and the earth as witnesses against you – that I have set before you life and death, blessings and curses. Now choose life, so that you and your children may live.” (NIV).

Read this article by Mario Murillo.

Then, make the decision that you will support LIFE.

Support the reversal of all things that go against Biblical, Christian morality.

Support the eviction (through elections) of those who refuse to follow the leading of Biblical teachings on morality and try to make us an atheistic nation.

Posted on April 17, 2019 by mariomurilloministries

President Trump labors to protect people who say and believe the vilest things about him. Think about that.

If you look at what he has accomplished since his election you have to admit he has fulfilled the promises he made to those who voted for him. However, none of that matters to those who hate him. In fact, there is nothing President Trump could ever do that would make them stop hating him. The hatred has become pathological.

Here’s how deep the mental virus is that afflicts American campuses: ask them why they hate Mr. Trump and you will get an emotional outburst, nonsensical phrases, then rage, followed by tears.   Often they will get in a fetal position screaming that they don’t feel safe.

In his new book, Bret Easton Ellis brands them “Generation Wuss” and laments their “oversensitivity, their sense of entitlement, their insistence they were always right despite sometimes overwhelming proof to the contrary, their joint tendencies of overreaction and passive-aggressive possibility.”

This, he argues, has been fostered by “overprotective, helicopter moms and dads mapping their every move” while “smothering their kids and not teaching them how to deal with life’s hardships … people might not like you, this person will not love you back, kids are really cruel, work sucks, it’s hard to be good at something, your days will be made up of failure and disappointment, you’re not talented, people suffer, people grow older, people die.”

“Generation Wuss,” he writes, became consumed by “victim narratives” and “anxiety and neediness.” More darkly, and with the help of social media, Ellis diagnoses a growing inability to accept or even listen to viewpoints that differ from a “woke” status quo.

The hatred of President Trump camouflages a national disgrace known as the House of Representatives. While Trump gets the job done, those who are absolutely doing nothing for Americans get a pass.  That Nancy Pelosi, Adam Shiff, Ilhan Omar, Alexandria Ocasio Cortez, and Ilhan Omar are not held accountable for their irrational statements is one thing. But the fact that they are doing nothing—I mean zero, zilch, nada for the American people and they get away with it. They get away with it because they are going after Donald Trump. 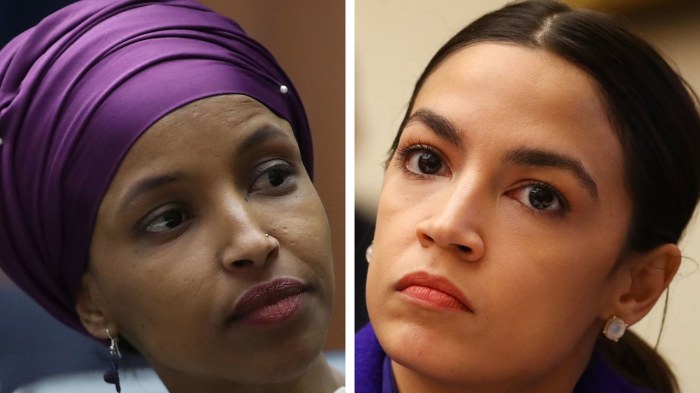 They are spending your hard earned money on hoaxes.  They ignore every major issue that affects your life in their hot pursuit of imaginary crimes. The hatred for Mr. Trump is so thick that they would gladly see America addicted, in debt, weakened and vulnerable to our enemies, than to ever give him a chance or credit him for anything.

President Trump has been more unfairly attacked—more falsely accused—more lied about than almost any leader in history. Yet, he keeps on going, fighting to make life safer and better for you, even if you hate him. Wow.

He is making life better for women even though many on the left refuse to see it.  He risks being hated, embraces the hate and keeps working for those who despise him.  He is working to make life better for every demographic group that is calling for his removal and even his death.

−Even though only 8% of blacks voted for him and many black leaders vilify him, he is working to reduce crime, fix crumbling streets and buildings, and bring real jobs and real hope to the inner city.

−He is working to improve the lives of women.  He built a multi-billion-dollar empire on a system of merit that promoted men and women equally.  Because of him, the workplace is becoming family friendly with maternity leaves.  Companies are giving women bonuses because of the strong economy.

−The President is working for the environmentalists who hate him.  Everyone knows the future is in renewable energy but we need a bridge to that future.  Environmentalists want to shut down all fossil fuels and create calamity for the rest of us—especially poor people.  They remind me of the new-age midwives who want women to give birth cold-turkey just to feel all the pain.

−Elitist environmentalists fly around in private jets polluting the air while they lecture real people about making sacrifices. They are not the poor who have to fight to get to work in the only car they can afford.  They don’t have to drive a semi, to feed their family.   Refusing to build this bridge to renewable energy is a great way to kill the mother and the baby.

−He is working for poor Americans by securing our borders.  When a criminal or a terrorist enters our country where do they go?  They immediately set up shop in the inner city.  They take the jobs from those who need them most—they plan their mischief in the ghetto.

Social workers know that when they visit a family where abuse is reported, the child will cling to the parent that is beating them and eschew the one who is loving. The same thing is happening with Trump and Obama.  The left clings to the abusive parent and despises the loving one.

If you boil down everything they hate about Trump you find yourself looking at a police sketch of Obama. Obama is the one who was racially ambivalent. Obama was hateful toward his enemies, used drones to kill civilians, slept as Americans died in Benghazi.  He fought against inclusion.

Obama had eight years to make black lives matter in Chicago.  He was more concerned about Syrian refugees than American refugees from violence—I can see why you loved Obama.

Most of you millennials lived in your parent’s basement under Obama.  Now you don’t.  Obama put way more energy into putting a man into the women’s restrooms than to putting you in a real career. The deal he made with Iran is now producing nuclear weapons.

Government work?  Trump didn’t need it.  But tell me, where else could Obama have gone?  Can you see Barack trying to build a business in New York City?  How deranged is the left about Obama? He claimed credit for the economic boom that Trump built.  And they believed him!

With all the wacko rage and bias against him—the towering unfairness heaped on him−President Trump still wants to make America great.  That is an astonishing act of God. That is perseverance from beyond our world.

I want to end my rant with a simple question to all the pastors who love to condemn Trump as an “ungodly man.” Trump is a billionaire. He owns gorgeous resorts. He has a loving family. He doesn’t need this! Yet he stays.

My question for you is how long would you stay?  How long would you stay in a church where half of the members wanted to destroy you?  And, took every word you preached deliberately out of context and spread lies to other congregants every day?  Would you—knowing there were much greener pastures, a bigger church with a higher salary and more adulation—stay and serve?  Yeah, I see why you look down on President Trump.

There are many areas where Donald Trump needs to grow spiritually but in one area he has zoomed ahead of most preachers: Matthew 5: 44, “But I say to you, love your enemies, bless those who curse you, do good to those who hate you, and pray for those who spitefully use you and persecute you…”