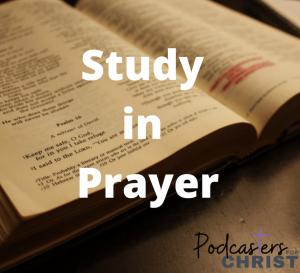 “For this reason, I kneel before the Father…”

Cast Your Cares Upon Him pt 2

When I started out in ministry, I was part of an Independent Baptist church and we were part of the Central Texas Independent Baptist Association of Churches. I used to preach in our church, at least once per month…but we would hold monthly conventions where all of the preachers would gather and hold a couple hours of sermon teaching and prayer time.

I would be invited to go and speak in their churches, hold revivals, etc. I was an evangelist and thought I knew a lot about the Lord and the Bible, etc.

But then, something happened.  I was exposed to the Pentecostal way of worshipping the Lord. I had been Baptized with the Holy Spirit the night I was born again on January 25, 1992. I had spoken and praised God in tongues…I knew what it was.

But the Independent Baptists did not do that and, I was trying to fit in, so I did not do it either…

In those days, if you were “one of them tongue talking preachers,” you were booted out of the fellowship…

But the longer I stayed in that group, and compared the results they were seeing and praying for compared to what I was seeing amongst those that DID believe in speaking in tongues – I couldn’t believe the differences!  It was almost like night and day.

Then, the opportunity came, through a person I was associated with in my secular business, to meet Dr. Vernard Johnson. He is known as the “World’s Greatest Gospel Saxaphonist.” He was really, REALY popular at the time, especially in the COGIC circles.

Through the process of meeting him, talking with him and even helping out at a few of his concerts and getting to know him a bit on a personal level, he offered me an opportunity to have my first real, paid, ministry job by helping him organize and promote his concerts.

I mentioned this to our little group, trying to get them to come out to a “Soul Winning Concert” that would be in the area. After all, that is all they talked about was “winning souls for the Kingdom.”

How tragic!  An entire group of probably 20 churches that just refused to admit that the Holy Spirit was real and that speaking in tongues was a way to communicate with God and have God communicate with you.

I never was invited back to speak in any of those churches ever again.

I found out later, several of those churches had to close their doors. Many only had a handful of people attending their services – even after 20 years. For many of them, the only new additions was when someone would have a baby.

What does all of this have to do with the subject of “Cast Your Cares on the Lord?”  Because that night, I did just that. I had been trying to “please men” by pleasing those preachers. To be accepted. But when I decided to put the Kingdom first, to win souls for the Kingdom by helping another ministry that “was not part of their clique” – I was shunned.

At first, I was devastated. “Was I wrong?” “Should I go back and apologize?”

But the more I prayed about it, the answer from the Lord was clear, “Leave those things behind and continue to press towards the mark of your high calling in Christ.”  Praise God!

And do you know when that download came to me?  While praying in tongues! Bless God!

At that point, I cast the entire thing over onto the Lord and have never looked back again. And now, our ministry is thriving and almost every single one of those churches in that group have closed. I’m not happy they are closed, don’t get me wrong. I’m not pleased about that at all.

The point I’m trying to make is this…

If you will pray in tongues and communicate with the Holy Spirit, He will guide you. He will direct your steps. He will make sure YOU complete YOUR mission that HE has for YOU!

When you understand that, you can cast ALL your cares over on Him and He will take care of them for you. Then you will be free to follow Him and accomplish your mission on this earth. Amen!

Until next time, this is Pastor Bob Thibodeau reminding you from 1 Thessalonians 5:17 in the Living Bible to “Always Keep on Praying!”  Be blessed in all that you do!