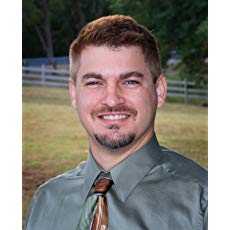 My guest today is going to share some insights to the correct answer to some of those questions, and others, as it concerns “Biblical Prophecy and the End Times.”

My guest today is the co-host of that program, Nathan Jones.

Nathan is the web minister and Internet Evangelist for Lamb & Lion Ministries – the ministry that sponsors the Christ in Prophecy program. Nathan in online almost every day, responding to inquiries and having discussions with people from all over the world, concerning the Lord and, of course, Bible Prophecy.

Nathan is a graduate of Philadelphia Biblical University, attended the Southern Baptist Theological Seminary and received a Master’s Degree in Management and Leadership from Liberty University.

In addition to co-hosting “Christ in Prophecy,” Nathan helps to develop the Lamb & Lion Ministries website at www.christinprophecy.org well as the Christ in Prophecy Facebook Group, produces Bible teaching videos (which are quite good, I might add), speaks at Bible conferences around the nation and is the author of a few books – one of which is an awesome resource that I’ve used in my preaching, “12 Faith Journey’s of the Minor Prophets.”  A link to that book is available in the show notes below.

It is estimated that over 3 Billion people have access to the Internet – and Nathan Jones is right there to help the understand Bible Prophecy and answer their questions about the Lord.

Nathan is married, the father of three children and he is HERE with us today…

Help me welcome to the program, Nathan Jones!

Nathan, thank you for taking the time out of your schedule to join us today!

Nathan, I always start with this question first. Other than that short bio I just read, tell us in your own words, “Who is Nathan Jones?”

How long have you been with Lamb & Lion Ministries?

You were probably who responded to my request to broadcast your programs on the radio station!

How did you get involved with Lamb & Lion Ministries?

I graduated from Jerry Savelle’s Heritage of Faith Bible School back in 1999. I became familiar with “Christ in Prophecy” about that time as well. I do not make it back as often as I want. But I remember a few years ago, I was back and near McKinney, Texas. I was staying with some friends about 20 minutes away. I reached out asking if I could stop by the ministry and meet you and take a look around.  I was surprised when YOU texted me back about 10 minutes later! Unfortunately, you were at another prophecy conference and not in the area at the time. But you are definitely responsive when it comes to answering inquiries!

Before I get into some prophecy questions, I want to talk about a BIG transition that has just been announced about Lamb & Lion Ministries and Dr. Reagan. Tell us about that…

I take it we will be seeing a lot more of Tim Moore. Will Dr. Reagan continue to be on the TV program? Or will you and Tim Moore be hosting it from now on?

Now, let’s talk about the “Soon return of Jesus!”  Amen!

I’m going to ask this question just to get it out there.  After you answer, I’ll give my summary statement. Nothing that I haven’t said before, but it gets my point across when confronted with those that disagree with me on the subject.  But let me ask you, “Pre-Trib, Mid-Trib or Post-Trib?”

My response when someone thinks I’m wrong on that is, “You can stay if you want to, but I’m planning on going out with the first load.”

But tell us WHY you think Pre-Trib is indicated in the Bible?

I know, from the program and from many of the guests you have had on, that the main indicator we are living in the days leading up to the return of Jesus is “Convergence.” Explain what that means to our audience.

And the Rapture could not have occurred 100 years ago simply because Israel did not exist. It was not until May 1948. Does everything in Bible prophesy center around Israel?

Let’s talk about the converging signs of the end times.

We can start by looking at the Mid-East. Especially Iran flexing her arms right now. What role does Iran play in the End Times scenario?

If Iran plays such an important role, some think that maybe the United States and Israel should appease them and not attempt to anger them. But the Bible is very clear that Persia is going to play an important role in the end times. I mean, what, Ezekiel chapter 38, Psalm 83 and elsewhere. Doesn’t the Bible also indicate that Russia will basically team up with Muslim nations in attacking Israel?

What could be the motivating reason Russia would team up with Muslim nations that would like to see them destroyed as well?

What about North Korea and the trouble there and in China. How does the Orient play out in Bible Prophesy?

So, basically, the entire world is being prepared right now to turn against Israel?

You just concluded your annual prophecy conference, at the time of this recording. What was one of the major “ah-ha” moments that you received from that conference?

From the attendee’s perspective, what was a major “ah-ha” moment that some told you about that may have received?

Ok. I love the format of the book. A brief introduction from a semi-fictional, though culture based, view. I love how it captures the attention of the reader and puts us “right there” in the scene. You can almost smell, feel and sense the surroundings. That was awesome. How did you come up with that type of format?

Some of these prophets, though not as well known as the other Bible characters, they were really instrumental and used by God to achieve some rather important things. They were bold in their Faith and would confront kings and rulers when nobody else would. Jonah was sent to turn an entire major city around and get them to repent. Although he took the long journey to get there…

Out of all of them in your book, which one or two gave you the biggest “ah-ha” moment as you were preparing this book. You know, something that you had not realized in your years of Bible study before?

I’m going to put you on the spot here.  Or on the “hot seat” as you and Dr. Reagan refer to it on the television program. Other than the Bible, what book are YOU reading right now?

Well Nathan, I could talk to you for hours. I enjoy Bible Prophecy. I absolutely enjoy Lamb & Lion’s “Christ in Prophecy” program and all the work you and the staff at Lamb & Lion Ministries is doing for the Body of Christ.

If someone wanted to reach out to you, to ask a question, get some resources, how can they do that? How can they get in touch with you?

Thank you for taking time out of your busy schedule to visit with us for a little bit here. I do appreciate it and I believe our listeners have a clearer understanding of the day and time in which we live. I also believe they can now sense a little better that the “Soon return of Jesus” is imminent. So thank you for coming on the program today, Nathan.

Folks, I truly encourage you to go to the Lamb & Lion Ministries website, www.christinprophecy.org and take a look around. You would not believe the amount of resources that are on that site. Information, books, videos, blog posts. Dr. David Reagan has been doing this a long time and there is so much information he has authored and is available on that site.

In addition, they are not shy about promoting other Bible Prophecy experts works either. You will find information on their from several other major, Bible Prophecy ministries and experts. Including Nathan Jones!  And I highly, highly recommend Nathan’s book, “12 Faith Journey’s of the Minor Prophets.”  I have this book on my desk and use it regularly as I’m preparing a teaching. The information in that book is truly awesome. Thank you for putting all of that together for us Nathan, it is truly a great book.

Ok, that is all the time we have for today. For Nathan Jones, from Lamb & Lion Ministries, and myself, this is Pastor Bob reminding you to BE BLESSED IN ALL THAT YOU DO!

BE BLESSED IN ALL THAT YOU DO!

Book: 12 Faith Journey’s of the Minor Prophets   on Amazon

The post Are We In The End Times? – Nathan Jones pt 2 appeared first on Kingdom Cross Roads Podcast.