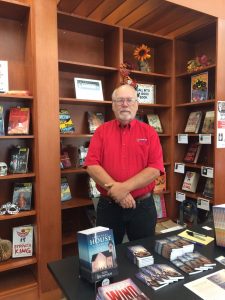 The media has always had a huge influence on public opinion. People rely on the media for accurate information on events that concern them and their family, livelihood, etc.

Back in the founding of this nation, it was understood that the public’s ability to know the truth of what their government was doing at all times was one of the “Checks and Balances” that could hold the government from gaining too much control of the people. That was one of the main reasons the First Amendment was agreed to to and added to the Bill of Rights.

Freedom of Speech. Freedom of the Press. The right to assemble. All of these are basic rights afforded to us under the Constitution. They have been long protected. The media has always been a stabilizer between hyperbole and lies. Fact versus fiction. Exposing corruption and governmental abuses.

But, in the last few years, we have seen widespread bias concerning the reporting of newsworthy events. It seems as if the media has aligned itself with one political party over another. It seems like the wrongs of one political affiliation go virtually unnoticed while every little idle word on the other side gets blown up into an “impeachable offense.”

This is one reason Donald Trump has used Twitter to get his side of the story out to the public. He knows the media will not give his version of information to the public. So he goes around the media.

What you may not know though, is this is not the first time this has happened. President Franklin Roosevelt used the latest technology to do an “end run” around the newspaper publishers who were hostile to his policies. So he took to the “new mass communication” method of his day, which was Radio!  He used, what became known as his, “fireside chats” with America, to get his ideas and policies out to the American people.

Anyway, to help us dive deeper into this discussion and how the media can control the minds of the people and make them believe what may not even be a true story, is my good friend, Tom Donnan.

For those of you that listen to us, Tom Donnan comes on time to time to “stir the pot” and “stoke the flames” a bit!  Praise God! Help me welcome back to the program, Tom Donnan!

Tom, thanks so much for joining us today and discussing this important topic of “Fact Checking the Media.”

Nikolai Tesla invented wireless radio communications in 1893. But it was kept by the government as a means of government communication. The public could not own a radio transmitter, correct?

It was not until about 1919 when radio communication was opened to the general public, correct?

*** Note: President Roosevelt’s address to the nation on May 27, 1941 was to let the public know the USA was going to support Great Britain in the expansion of the war in Europe. In the interview, I could not remember what this address was about, so I wanted to clarify it here***

The first major controversy about, what we could call, “truth in broadcasting,” occurred on a Sunday night in October of 1938. Tom, would care to elaborate on what happened that night that caused such a controversy?

Pastors and the Presence of God

One Door Between Us