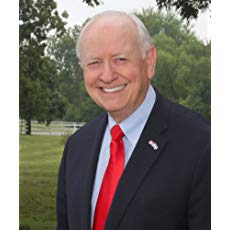 We know that this nation, despite all of the misinformation being promoted today, that the United States has, as its foundation, Christian principles based on the Word of God. Our Founding Fathers often referenced scripture in almost every speech they gave. They purposely wove scripture references and Christian morality into the founding documents of this nation.

But today, we see a very different America. We see an America that, as former President Obama famously bragged, “America is not a Christian nation anymore.”

Do some of the preachers today have it right? Some say, “God will never forget America!” Some say, “We live under Grace and Mercy. God is not vengeful anymore.” Some say, “God is a God of Love, not Judgment.”

Today’s guest has written a book that discusses these questions. Not only does the book, “God’s Prophetic Voices to America” answer those questions, it lays out several of the prophetic voices God has sent to us. God has given us many, many warnings. And here to discuss this book, is the author, Dr. David Reagan.

Dr. Reagan is the founder and director of Lamb & Lion Ministries and the host of the weekly television program, “Christ in Prophecy,” which discusses the prophetic significance of national and international events we see in the news. Dr. Reagan is the author of 15 books concerning various aspects of Bible prophecy. In a matter of full disclosure, “Christ in Prophecy” is also heard on “Evangelism Radio” on a daily basis. In fact, when we started “Evangelism Radio” back in October of 2010, I reached out to several major ministries and Dr. Reagan’s team was one of the first to approve our use of his program on our radio station.

Some of the things David Wilkerson said were considered “way out there” back when he said them. But some have, unfortunately, come to pass today, haven’t they?

Can you give us a few examples of remedial judgments we have seen in America and what precipitated them in the first place?

In your opinion, why is this so hard for preachers to do today?

God has not left us without messengers today. In your book, you have a section for “Current Voices” in America. Can you share some of those prophetic voices and how they have continued to proclaim God’s warnings for us today?

Erwin Lutzer – A Voice Emphasizing the Evil of Man.

One of the more “visible voices” today is Pastor Robert Jeffers, pastor of First Baptist Church in Dallas, Texas. I remember listening to Dr. Criswell, his predecessor, on the radio when I lived in Texas. But Pastor Jeffers has taken on the role, basically of “national spokesman” for Jesus Christ today. He is called on many times to give the Spiritual perspective on things in the news.

I know Israel holds special significance to you and to Bible prophecy. I would like you to address America’s relationship with the nation of Israel.  The Bible is clear that in the final days, “every nation” will turn against Israel. That term, “every nation” also includes the United States.  How has this been taking shape in the recent past and what does it look like moving forward?

Folk, we only scratched the surface of the information Dr. Reagan has provided in his book, “God’s Prophetic Voices to America.” You really, truly need to get this book. It is an eye opener if you have not been following current events as they relate to Bible prophecy. Go to the show notes down below and and order your copy of Dr. Reagan’s book, “God’s Prophetic Voices to America.” As a matter of fact, Christmas time is just around the corner (at the time of this recording). You should order two or three or more copies and give them away as gifts. This could be the gift that opens the eyes of someone you care about and moves them from the darkness into the Glorious Light of Jesus Christ. 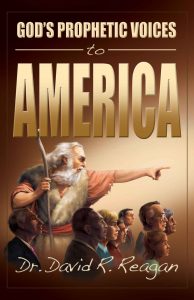 In this interview, Dr. Reagan recommended this book by William Koenig. Here is the link:

Eye to Eye: Facing the Consequences of Dividing Israel   via Amazon